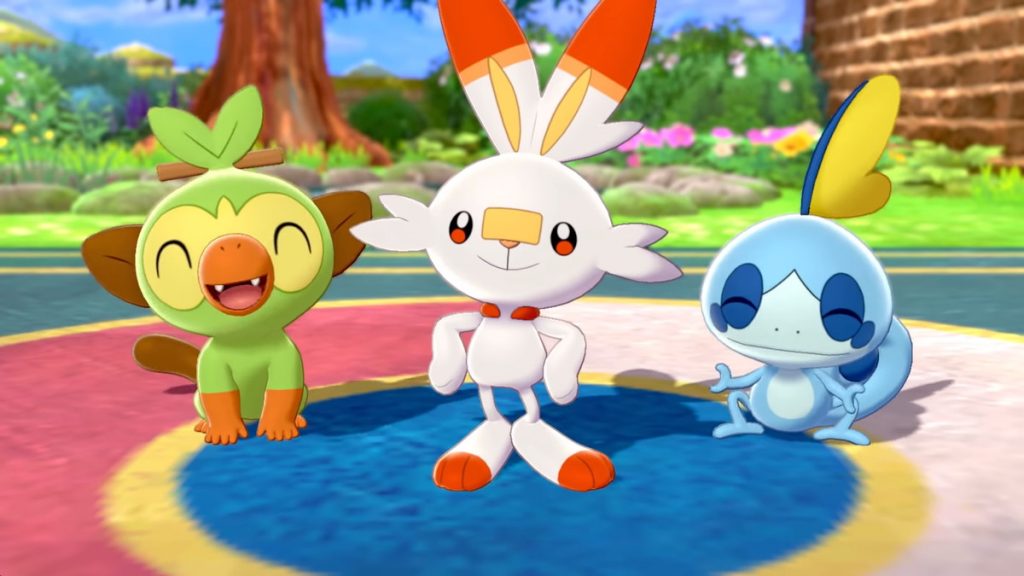 Speaking to Polygon, Pokémon Sword and Shield producer Junichi Masuda and director Shigeru Ohmori discussed the new game’s development and evolution, and the fan reaction to its added and changed features.

Pokémon Sword and Shield is considered to be the first mainline Pokémon game on a console, though Ohmori pointed out that the Switch is a special example due to its portability. ‘The Pokémon main series RPGs that we develop have a very strong connection with Nintendo hardware,’ he explained. ‘So whatever they put out, they usually take a pretty unique approach with things and we try to kind of match that uniqueness with the games.’

Ohmori stood by his estimate that a thousand people have worked on Pokémon Sword and Shield at various moments and in various capacities during its development. ‘The number being close to a thousand, that of course includes all the different functions like marketing and PR and everyone that would be associated with the game ahead of release,’ he clarified. At Game Freak, he thinks that ‘around 200 people’ were involved with the game on a technical level. However, he said that the reason for that impressive number of people and for other companies to be brought on to help with Pokémon Sword and Shield was due to the Switch’s unique hardware.

‘Creatures is another partner company that develops 3D models of the Pokémon. There are various teams that handle debugging at our partner companies as well. So there’s a lot of people involved and I think in terms of just the sheer number of the most resources required to make something happen for the development, it was definitely more on the graphical side of things,’ Ohmori elaborated. ‘Like I mentioned, Creatures was involved with creating the models, but even at Game Freak, with the increased power of the Switch, we tried to make richer, more expressive visuals. We definitely needed more people this time around.’

Masuda also mentioned that the ‘network features and server-side stuff’ needed a lot more people to ensure that it would work just right. The two gauged that Pokémon Sword and Shield is one and a half times the size of previous Pokémon projects. With the opportunities and challenges of a new console, the resources available, and the creative ambitions of the series, Ohmori and Masuda knew that Sword and Shield would be an evolution in more ways than one.

Referring to the disappointment that not all of the legacy Pokémon would feature in the new game, Masuda said, ‘it’s always been in the back of my mind that at some point we were going to have to not include all the Pokémon.’ Game Freak, Nintendo, and The Pokémon Company had deliberated over the direction that Sword and Shield would take. ‘We need to be able to prioritize new gameplay ideas. We need to be able to find a way to balance the right number of Pokémon and also still introduce new ways for players to enjoy the game, new gameplay ideas to keep the series fresh and enjoyable far into the future,’ he explained.

One disgruntled Pokémon fan claimed that it would only take five minutes for each Pokémon to be added to the game, and in solidarity with Game Freak, artists began a ‘five minute render’ challenge. Attempting to make a Pokémon in five minutes… isn’t very successful, to say the least. Masuda and Ohmori said they were aware of the ‘interesting’ challenge, and added that it’s not just about making a likeness of the creature. ‘You’ve got to make sure it moves and everything, and then there’s all the different systems and data you have to create to make it work in the game,’ Masuda said.

Pokémon Sword and Shield will release exclusively for the Switch on November 15.