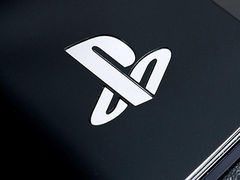 The next generation of consoles will let developers build “far more dynamic”, “interactive” and “believable” worlds than the PS4 and Xbox One currently allow for, according to Criterion’s former technology director Paul Ross.

Speaking to EDGE, Ross, who left Criterion in 2014 to co-found Three Fields Entertainment, said that when work first started on the studio’s debut title Dangerous Golf, he remembers “sitting here thinking, OK, what does a PlayStation 5 game look like? What does an Xbox Two game look like? And how can we start to build for that future now?”

He continued: “Physics engines haven’t changed since I did the physics on [Dreamcast game] TrickStyle. They’re all about rigid bodies, solid objects. This is a real paradigm shift because it’s about simulating physics at a molecular level. It’s been a really hard problem to solve for quite a while.

“So what does a PS5 game look like? With PS4 we’ve seen some fidelity put into the worlds, but PS5’s going to be about more dynamic worlds, far more interactive worlds that are more believable in the way they behave.”

Three Fields Entertainment announced Dangerous Golf late last month, a physics-based golf game that sees players destroy a variety of environments, including a petrol station and a medieval castle, with which the studio hopes to “push the boundaries of a physics-based game”.

“We set out to push the boundaries of a physics-based game and just start to prepare for the next generation of machines whenever they come to try and be a small developer but be on the cutting edge of tools and technology,” co-founder Alex Ward told VideoGamer.com last month. “To dream big and try and push the boundaries.

“Physics-based games, there aren’t many of them. The tools have just got to the point now where stuff like that is possible. So our genius tech team here were saying we should try a physics-based game, and we were looking at, you know, like any developer does, the stuff that people see in movies that’s pretty mind-blowing and try and see if we can put that on the PC, PlayStation and Xbox.”

Neither Sony or Microsoft have yet revealed plans for a new generation of consoles. Back in December, however, Xbox chief Phil Spencer that he fully expects Microsoft to release another console after Xbox One.

Dangerous Golf releases on PS4, Xbox One and PC in May.