PlayStation 5 controller will allow players to choose the level of vibration, claims report

A new patent has been unearthed for the PlayStation 5 controller, and it says that the device would offer players the option to modify the level of vibration (via Segment Next).

This “vibration control apparatus” would work with a “vibration control section” to adjust the vibrational levels for each game, or in-game action. Sony has said time and time again that the PlayStation 5 would usher in a new era for the next generation, using custom-built eight core AMD Ryzen chipset and SSD storage system. Players will enjoy astounding 8K resolutions and steady 120Hz refresh rates, along with a new “gold standard” for immersive audio and adaptive triggers that react to what is happening in game. So, this new patent isn’t outside of the realm of possibility for the DualShock 5.

On the surface, the differing vibrational levels isn’t a trailblazer for the controller, because this was also present in the DualShock 4. What is new is that the “vibration control apparatus” could be experimented with for immersive levels of feedback that was not possible before. Think of hiding under a car when another drives past, and the vibration heightens and lessens as the vehicle moves towards and away from the player. This could ramp up the tension in stealth sections, for example. 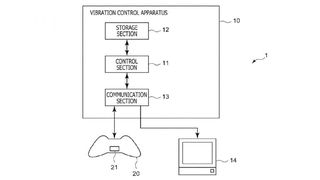 In addition, the patent says that it would let the user choose the level of vibration in each game for themselves. That’s totally new, because the previous controllers would only offer an option to turn the vibration on or off. Most people turn it off to save their controller’s charge, but now, players could choose the lowest setting to save battery but still get the immersive haptic feedback. And, the controller will remember the custom settings for vibrational levels, so the player won’t need to re-input the modifications each time they sit down and play. 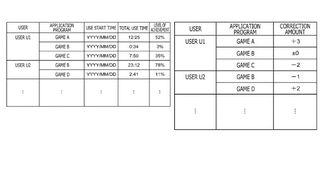 However, patents are only patents, and we have no way of knowing right now whether this feature is implemented in the DualShock 5. Sony is staying shtum on the PlayStation 5 for now, and we might get an official reveal through a digital event or livestream, seeing as lots of industry shows are being cancelled due to the coronavirus outbreak.

The PlayStation 5 launches in holiday 2020.