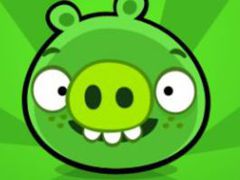 Taking inspiration from Rovio’s recent iOS title Amazing Alex (and to our eyes, Banjo Kazooie: Nuts & Bolts), Bad Piggies will see players building contraptions for the pigs as they set their sights on delicious eggs.

Each stage will require players to create a machine in blueprint mode, and steer the craft through the course in an attempt to reach three-starts.

Bad Piggies will be released September 27 for iOS and Android, with PC and Windows Phone coming later.