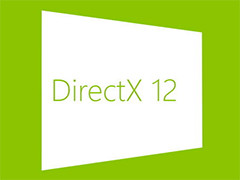 Phil Spencer to discuss DirectX 12 on Xbox One at GDC

Xbox chief Phil Spencer is to discuss the benefits of DirectX 12 on Xbox One at next week’s GDC, marketing director Aaron Greenberg has suggested.

Discussing the new graphics tech on the latest Inner Circle Podcast, Greenberg acknowledged that it “takes time to get the right tools out. It takes time to allow people to get full power of the box, and you’re right, we’ve made investments in DirectX 12 that will definitely bring some benefits both on the PC and Xbox side in the future that we’re excited about and I’m sure Phil will talk more about what that means for developers at GDC.”

Spencer’s talk is due to take place next Wednesday, March 4 and, according to the GDC website, promises to “discuss the future of gaming and the many ways game developers can create innovative game content and experiences for the entire Microsoft ecosystem, including Xbox One and Windows 10 devices.”

Microsoft has previously said that DirectX 12 will let PC games updated for the new API “run faster and have richer visuals”, but has warned Xbox One players not to expect “a massive change”.

“It will help developers on XBOX One,” Spencer said last summer. “It’s not going to be a massive change but will unlock more capability for devs.”

The technology is due to ship with Windows 10 later this year, although it isn’t yet clear when it will be available on Xbox One.