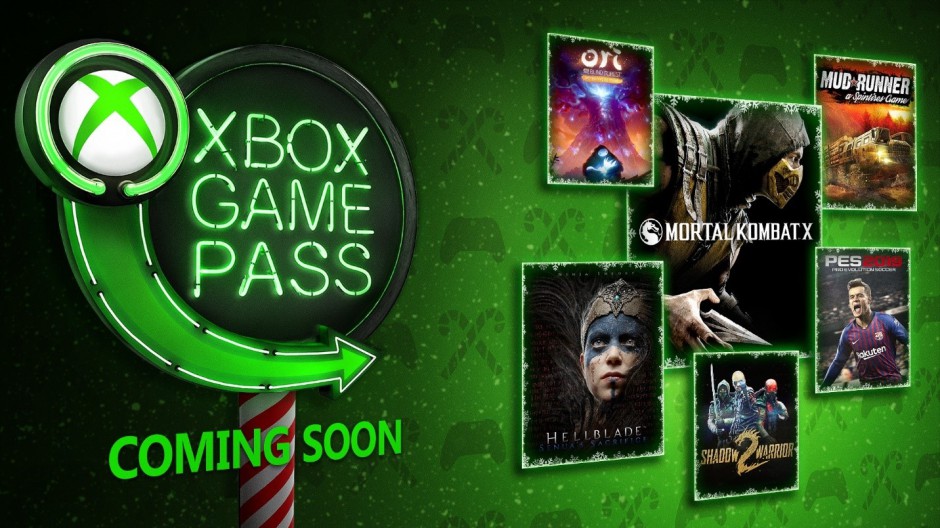 Xbox Game Pass continues to be a solid service, as Microsoft has announced a number of pretty good Christmas presents for subscribers.

Firstly, Pro Evolution Soccer 2019, which was only released in August, will be available to download at no extra cost from December 13, whilst the fantastic Hellblade: Senua's Sacrifice comes to Game Pass four days later on December 17.

And if you got excited for the Mortal Kombat 11 trailer that debuted at The Game Awards, you can dip into Mortal Kombat X right this very second. Which is nice.

Rounding out December's additions are Spintires: Mudrunner, which will be playable from December 13, and both Shadow Warrior 2 and Ori and the Blind Forest, which come to Xbox Game Pass on December 20.

There's a half decent deal going on at the minute where you can get it half price, too, so that might be worth a look if any of these, or the Winter of Arcade, are of interest.