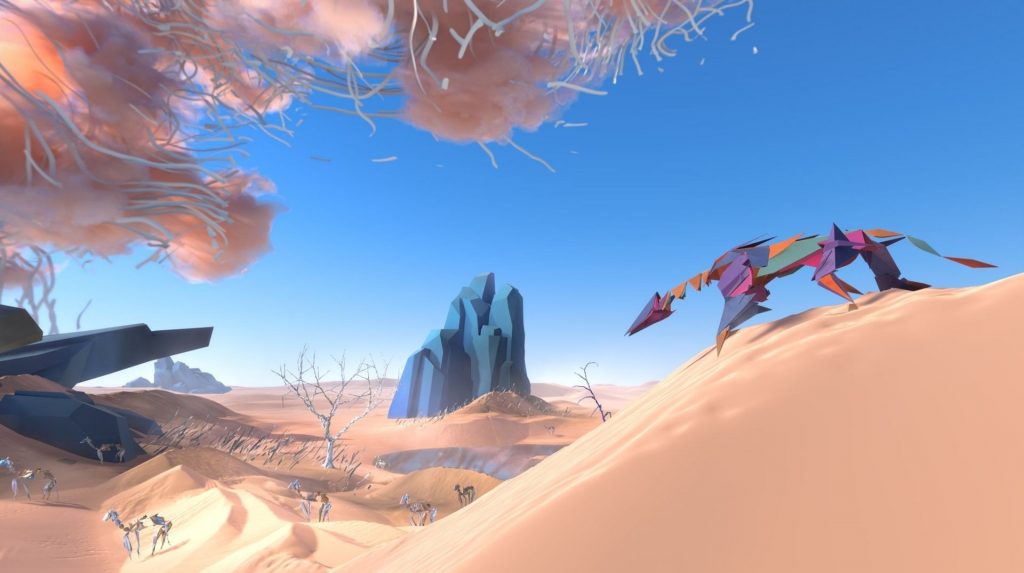 Pixel Reef has announced that Paper Beast, its whimsical physics puzzler for PSVR, will arrive for PC in summer (via Gematsu).

It will offer support for the HTC Vive, Oculus Rift, or Valve Index headsets. In the game, the player is pulled into an unknown world through their monitor, and solves physics puzzles by wielding earth, water, air, and fire. The beasts are made of scraps of paper, or ceramic, or jewels, and all possess their own personalities and relationship with each other and the world. Understanding these animals is the key to understanding what threatens this alien space, and to saving it from annihilation.

In addition to the adventure mode, there is a sandbox mode, which lets players carve a space for themselves in the fantasy world. And, the soundtrack is an amalgamation of TsuShiMaMire and Roly Porter mixing punk rock with ambience.

Paper Beast is out now for PlayStation VR, and will come to PC in the near future. Watch the PC announcement trailer below.