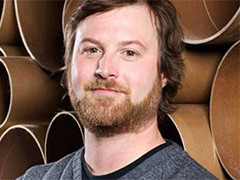 While Désilets’ intentions for the studio remain unclear, it’s evident from the company’s branding that he’s a fan of moose. The studio’s logo appears to be inspired by a pair of antlers, with two moose also appearing in the background of the studio’s website.

According to LinkedIn, the studio also appears to have been co-founded with Assassin’s Creed Brotherhood producer Jean-Francois Boivin.

Désilets left Ubisoft in 2010 shortly after the release of Assassin’s Creed 2, going on to form THQ Montreal one year later. But in a twist of fate, his role at THQ saw him return to Ubisoft after the studio was acquired by the publisher following THQ’s collapse.

It is alleged that he was terminated from Ubisoft a few months later.

“This was not my decision,” he said at the time. “Ubisoft’s actions are baseless and without merit. I intend to fight Ubisoft vigorously for my rights, for my team and for my game.”