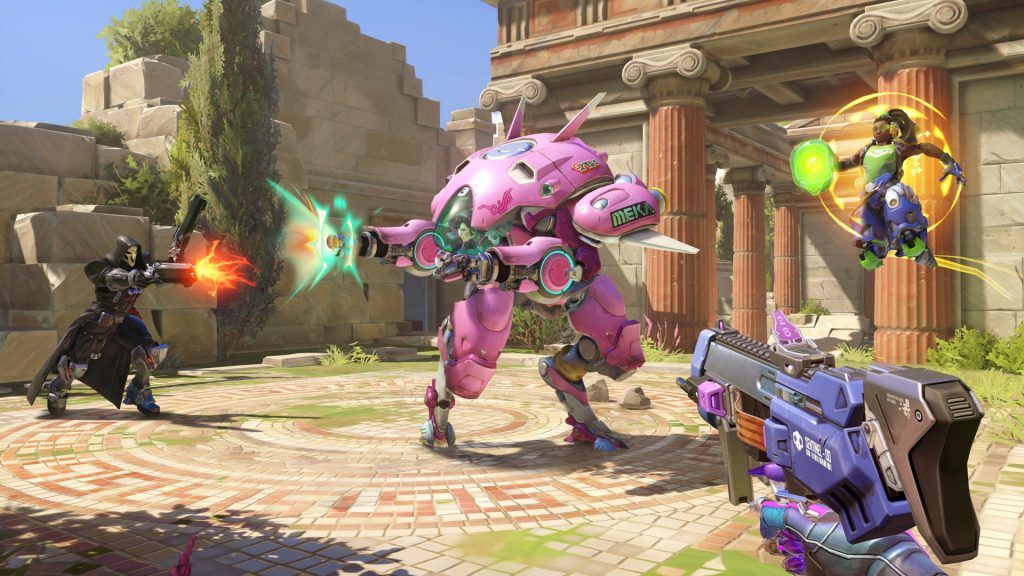 In an interview with Gamespot, Overwatch producer Wes Yanagi said that he would love for one of the game’s heroes to appear in Nintendo’s Super Smash Bros. Ultimate.

The latest Smash contender to arrive in the game is Banjo and Kazooie, and next up is Fatal Fury’s Terry Bogard in November. Speculation abounds as to who will be the final fifth fighter to round out the game’s first DLC pack, and although nothing is confirmed, one of the 31 Overwatch characters would be a popular addition.

‘As a player and a big fan of [Smash], I think that would be awesome,’ Yanagi said. ‘It would be an honour if Nintendo chose to bring one of our characters into Smash Bros.’ It was thought that an Overwatch hero would be the fourth fighter, as rumours swirled that it could have been Tracer due to the official Overwatch Switch case reveal.

This isn’t totally out of the question, as non-Nintendo franchises from competitors have featured in the game. For example, Joker was the first DLC fighter and he hails from the PlayStation exclusive title Persona 5 that was developed by P-Studio and published by Atlus. The only limiting factor is that the incoming Smash challenger must be from a video game, as Sakurai will never consider movie and TV heroes. Sorry, Iron Man fans.

To be fair, Tracer would be a good addition to the game, as she could use her Blink and Recall abilities to disrupt and evade attacks. Mei could build her Ice Wall to stop enemies in their tracks and add verticality into the arena, as well as causing slippery surfaces with her Endothermic Blaster. Support heroes would need to leave their self-healing abilities behind, but Zenyatta could send out Orbs of Discord that mess with the other fighter’s control scheme for a brief moment.

As aforementioned, nothing has been confirmed by Blizzard nor Nintendo but with another batch of DLC fighters in the oven, it isn’t totally outlandish to imagine a future worth fighting for.