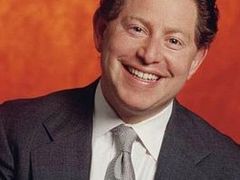 Only 30% of Acti’s profits come from console games

Despite record-breaking sales of Call of Duty games, only 30 per cent of publisher Activision Blizzard’s profits come from console games.

“I care a lot less,” he said. “It used to be, I would religiously look at weekly retail sell-through data, but it’s a very small part of our business now.

“Today, probably 70 per cent of our operating profit comes from non-console-based video games. So, while you might see a month-to-month change or volatility against expectations, that doesn’t really get us too concerned.”

The 70 per cent figure will surprise many given how successful Call of Duty – predominantly a console-based series – is.

It sold an estimated 1.23 million units, grossing around £47m.