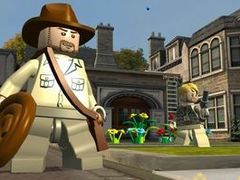 LEGO Indy Indiana Jones is a solid cooperative action game, but it lacks the ability to play with a friend online. However, that won’t be a problem for much longer.

According to a Twitter post made by LucasArts, online co-op will be added in an upcoming patch.

“I’ve noticed everyone wants online co-op with LEGO Indy 2. Give it a few weeks – we’re working on a patch for 360 and PS3 as I type this!” announced the Twitter post.

A later post added: “In LIJ2’s new co-op, you’ll be able to join others as they build and play their levels.”

No mention of level sharing, but online co-op is certainly a welcome addition.