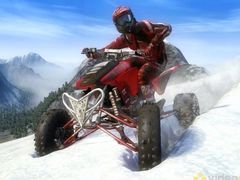 Microsoft has announced next month’s Games with Gold titles, but it isn’t the strongest line-up of games we’ve seen.

Available from October 1, sports title Super Mega Baseball: Extra Innings will be free to Gold members on Xbox One as underwhelming survival game I Am Alive heads to Xbox 360. Then, from October 16, prison escape sim The Escapists joins the ranks on Xbox One, with MX vs ATV Reflex wheeling onto Xbox 360.

Both 360 games will, as ever, be backward compatible with Xbox One. For a look at what to expect, here’s a handy new trailer giving you a peek at all four games.