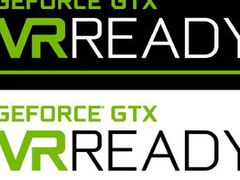 Nvidia says GTX 970 is a minimum requirement for VR

Get ready to upgrade your PC if you want to enjoy virtual reality, with Nvidia having decided that you’ll need at least a GTX 970 GPU.

Notebook users will need a GTX 980.

These specs aim to deliver VR experiences via two simultaneous images at framerates above 90 fps.

“For customers, navigating an emerging technology like VR can be daunting,” said Jason Paul, general manager of emerging technologies at Nvidia. “We’re working with trusted partners worldwide to simplify the buying process with a GeForce GTX VR Ready badge that will let customers quickly identify PCs or add-in cards that are capable of handling the demands of VR.”