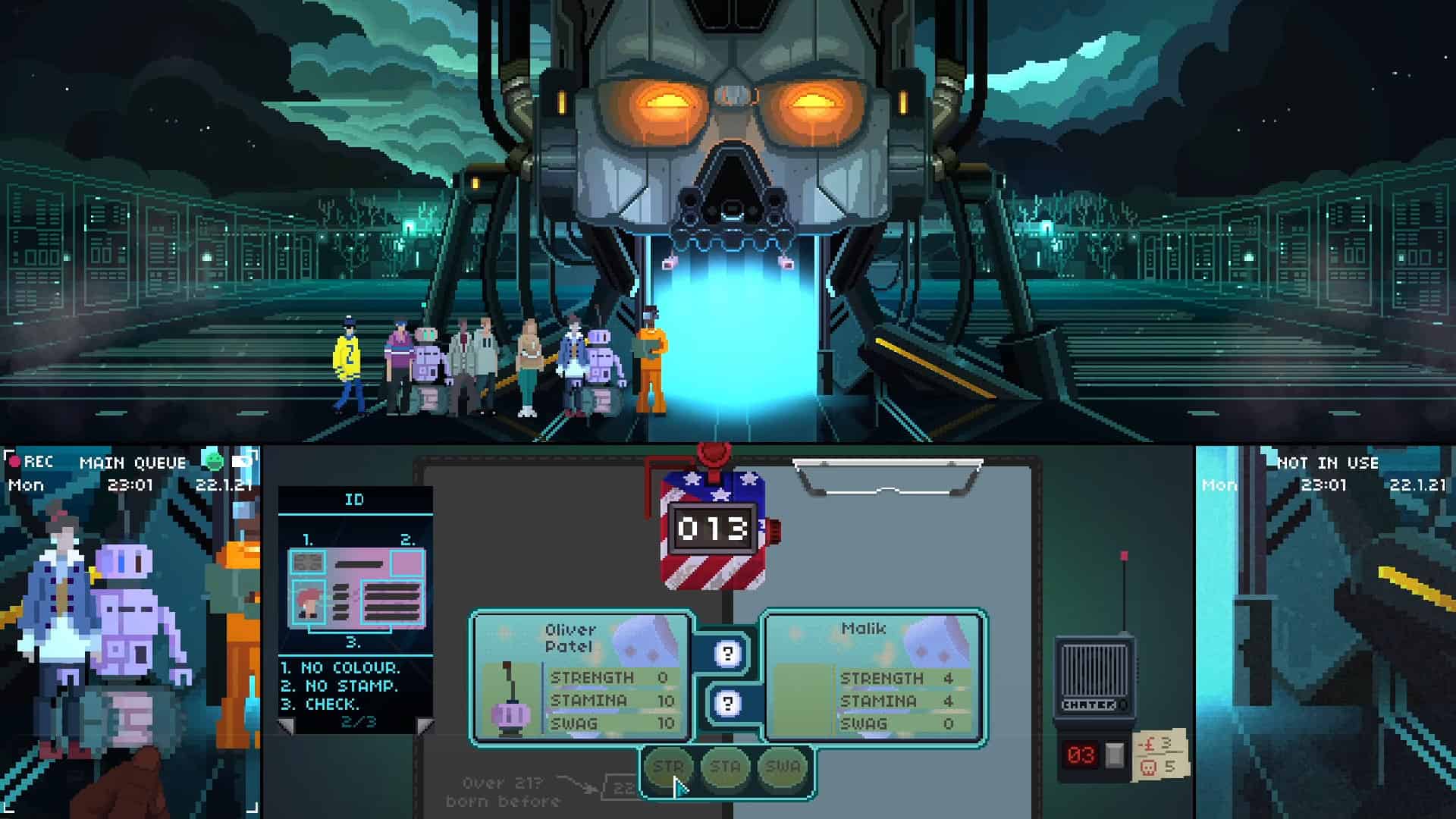 Publisher No More Robots has announced Not Tonight 2, a follow-up to the 2018 ‘Brexit sim’ released for PC and Nintendo Switch.

The politically charged dark comedy will move the action to an “alternative” USA described as a place “where capitalism and political greed have taken center stage, and democracy is a thing of the past.” We’ll be following three friends—Malik, Kevin and Mari—on a mission to save their friend Eduardo from being deported by a fascist regime known as the Matyrs.

You’ll do this by undertaking a range of politically driven minigames during your road trip. Promised are missions such as checking guests are following the “correct” religion, joining a cult, rapping along to rythmn games and more. For the American-focused sequel, story writing duties have been handed over to a team of POC writers and artists.

The first game did very well it seems, boasting nearly 400,000 players since its PC launch in 2018. It was later released in a ‘Taking Back Control Edition’ on the Nintendo Switch in 2019. There’s no specific release date for the sequel yet, with the game currently only offering up a ‘Not Tonight’ placeholder.

Check out the reveal trailer below. Not Tonight 2 is currently in development for the PC.