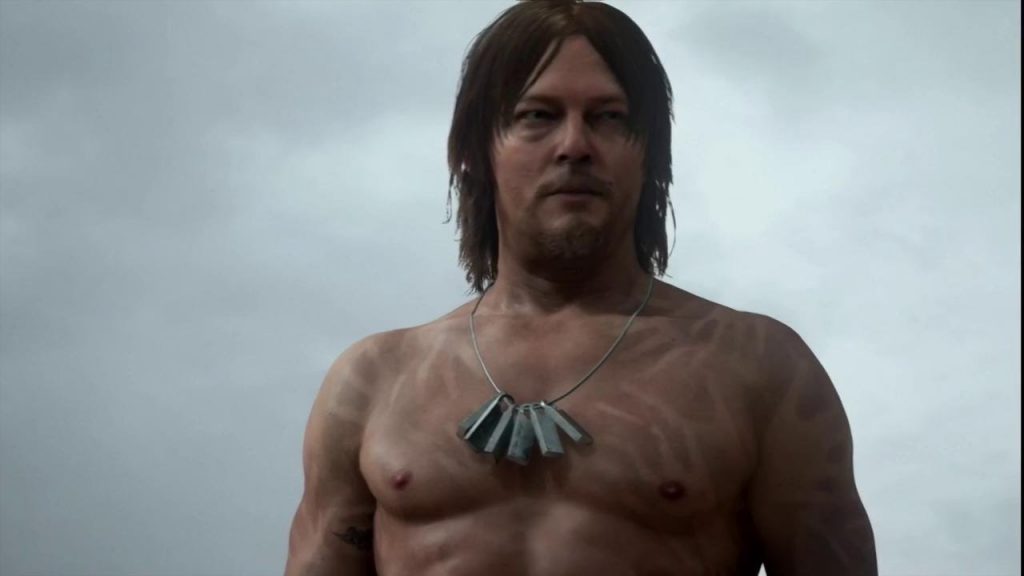 Hideo Kojima has claimed that Norman Reedus asked for bigger muscles for his character Sam Porter-Bridges in the upcoming trek ‘em up game, Death Stranding (via VG247).

Death Stranding has a star-studded cast, with Mads Mikkelsen, Guillermo del Toro, Lindsay Wagner, and Léa Seydoux as well as the Walking Dead actor lending their voices and likenesses to the game. There are some surprise appearances too; comedian and talk show host Conan O’Brien revealed he has a cameo in the game as a cosplay enthusiast. He was invited to Kojima Productions while he was out filming Conan in Japan to see a sneak peek of Death Stranding in development.

While watching a new Death Stranding trailer with Hideo Kojima, O’Brien joked that Sam Porter-Bridges must be a post-apocalyptic pizza delivery person. ‘This is the first shower Norman Reedus has had in three years,’ he said when shown the safe house. ‘I’m noticing there are many scenes where Norman is naked. Was that Norman’s request?’

Kojima responded, ‘Norman’s request was to make him more muscular.’ As amusing as this revelation is, I suppose it makes sense. To reestablish the Chiral Network and connect the ruins of the United States of America, Sam must make deliveries between these destinations. But, no matter how muscly the man is, there is a limit to how much cargo Sam can carry and his gear will wear out over the journey.

Sam could always steal a car from the camps of enemies dotted between here and there, but they won’t give that up without a fight. Or, there’s an Active Skeleton upgrade that will let him run faster and farther despite the heavy lifting, or he could use the Floating Carrier to carry deliveries behind him like a souped up trolley. It’s possible that Kojima was joking along with O’Brien, but either way, Reedus has lucked out with his brawny persona.

Death Stranding launches on November 8 for the PlayStation 4, and then for PC at a later date. Watch the video of Conan O’Brien visiting Kojima Productions below.