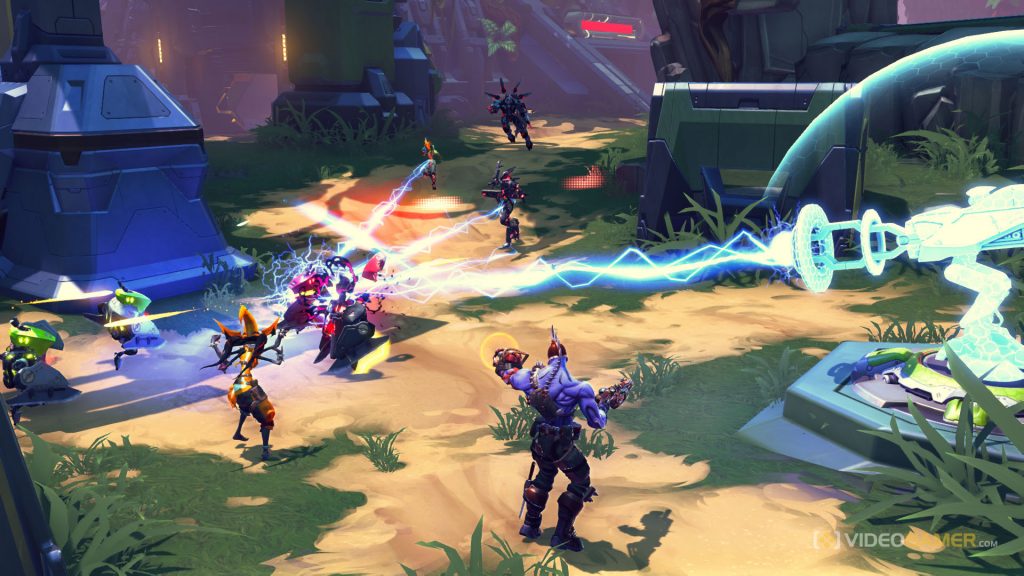 After a disappointing launch in may last year, and a day where Gearbox CEO Randy Pitchford argued the definition of F2P vs free trial on Twitter, the lights on Gearbox’s hero shooter meets MOBA are being turned off. Or down, at least.

In a post on the official forums, Battleborn’s creative director Randy Varnell confirmed that there will be no more updates for Battleborn after the upcoming Fall Update (which includes some Borderlands skins, if you’re interested).

The servers will stay up ‘for the foreseeable future’, but many, including Varnell, are moving off Battleborn ‘highly anticipated project’ which hasn’t been announced yet. He describes moving off Battleborn, which he’d been working on since 2009, as ‘bittersweet’, and reached out directly to the fans: ‘I want to personally thank you for giving Battleborn a chance, and dipping down into a new universe with us.’

Battleborn never had the best start in life, launching a mere three weeks before the juggernaut that is Overwatch, and has now been relegated to being a benchmark showing how bad LawBreaker’s launch numbers were in comparison.