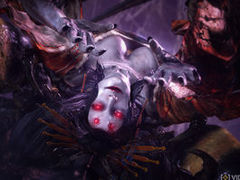 Nioh to launch worldwide for PS4 on February 9

The game will also be on show at Tokyo Game Show this coming weekend, featuring a brand new and challenging stage.

There was no mention of any PS4 Pro enhancements for the game, but given its 2017 release and the fact an earlier PS4 demo actually had graphical options this seems more than likely.