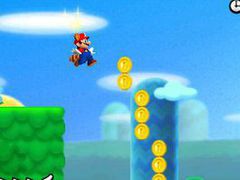 Nintendo has defended itself against accusations that its flagship Mario franchise – in particular New Super Mario Bros. 2 for 3DS – is suffering from sequelitis.

Many criticised the new 3DS platformer for being a by the numbers Mario game, offering none of the innovation the plumbers outing have thrived on in the past.

He added: “I think we’ll probably go ahead and continue at that pace. That being said, that’s probably [Mario creator Shigeru] Miyamoto’s choice, so I can’t give you a 100% guarantee that that’s the pace we’ll continue at.”

And with New Super Mario Bros. Wii U only months away from release, there’s even more pressure on delivering a new experience.

“They do share a name and there are some components that are similar,” Iwata said. “That being said, these are two very unique and separate titles… We have a Mario you can play in the palm of your hand and a Mario you can play seated in front of your TV. I believe the two titles are unique enough that I wouldn’t say that I’m super-worried that people are going to be confused.”

Wii U is still without a firm release date.