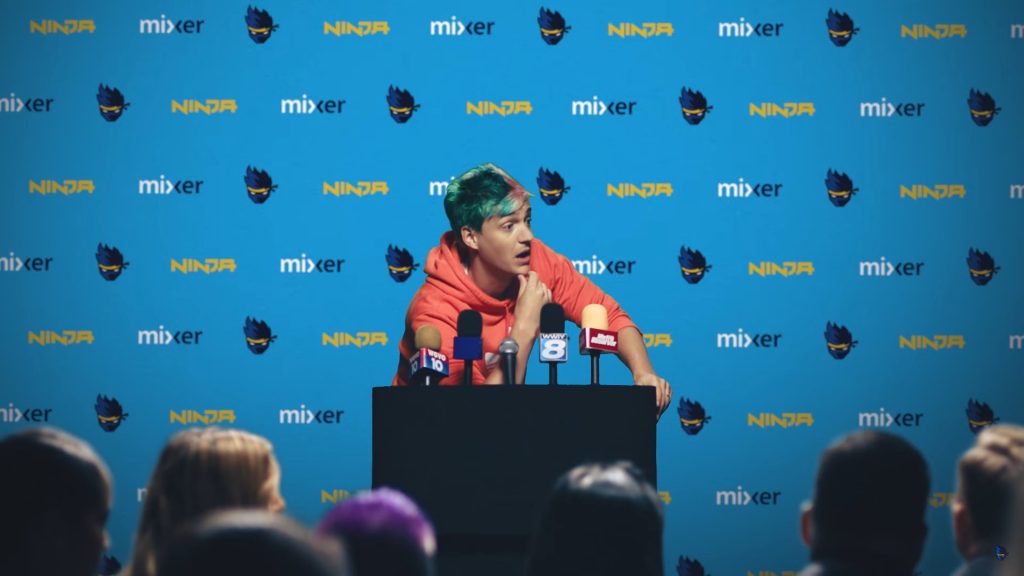 Ninja’s jump to Mixer cost Microsoft between $20 and $30 million, reportedly

Popular streamer Tyler “Ninja” Blevins jumped from Twitch to Mixer in 2019, and the exclusivity arrangement is said to be worth between $20 and $30 million (via GameDaily.biz).

He’s not the only one to have turned from Twitch; competitive Counter Strike player Michael “Shroud” Grzesiek left over seven million followers in the lurch when he moved to Mixer. Cory "King Gothalion" Michael, well-known for his fundraising for children’s hospitals, said that Mixer would help with “everything from helping broadcasters establish themselves, mentoring growing broadcasters, raising money for charity and putting on events like GuardianCon at GCX.”

Though Twitch is a goliath, it is threatened by Facebook Gaming, Mixer, and YouTube Gaming. These companies pitch contracts with tempting terms that Twitch isn’t able to compete with, claims the report from CNN. Fortnite streamer Rachell “Valkyrae” Hofstetter said that her offer from Google to stream on YouTube was “a clear yes.” These content creators kept mum on the specificities of their new contracts, but it is estimated that those who reach 10,000 concurrent views on Twitch meet offers approaching $10 million, while smaller streamers will expect to see around $1 million.

“Now the streaming wars have begun. But it took someone to fire the first shot. That was Ninja,” said Devin Nash, chief marketing officer at N3RDFUSION, a talent management agency for Twitch and YouTube content creators. Streaming analyst StreamElements claimed that over 12 million hours of livestreamed content were watched last year, and that number has increased year-on-year. As such, Mixer bamboozled the competition by bagging the most popular streamer on Twitch for its own platform. However, it is said to have cost Microsoft between $20 and $30 million, due to Ninja’s star power.

Recently, Google and Activision Blizzard announced their new partnership that will mean YouTube Gaming is the official streaming platform for the publisher’s esports events. Broadcasts of the Overwatch League, Call of Duty League, professional Starcraft and Hearthstone tournaments will only be found on that platform, and so Google gets ahead of Twitch once again. Regarding the future of streaming, it is expected that exclusivity will be the lie of the land, and encourage competition and commercialism between the platforms.