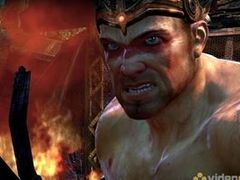 Story can be more important than gameplay. That’s the opinion of Ninja Theory co-founder Tameem Antoniades who recently spoke to VideoGamer.com about his studio’s upcoming action adventure title, Enslaved.

Antoniades talked about his time working on Xbox party title Kung Fu Chaos for Microsoft. At the time MS wanted a story shoehorned into the game and Antoniades wasn’t convinced storytelling had a place in video games.

This changed when Ninja Theory began to plan for Heavenly Sword

“In Heavenly Sword I thought, “Actually, let’s try and do a story.” Working with Andy and everyone else, working with Weta and having people talk about story as something serious – not something throwaway like we do in games – was quite eye-opening to me,” he explained.

“I still see a prejudice, actually. I still come across a lot of people who say, “it’s a game and it doesn’t need a story.” You’re trying to make a particular point of storytelling, trying to refine it, and somebody says “it’s just a game, it doesn’t matter.” What’s more important – the gameplay or the story? If you’re doing a [story-based] game, it’s got to be the story, actually.”

“I’ll give you an example of where that’s true,” he said. “Resident Evil 4. I played it from start to finish, I didn’t want to let go of the controller and I was driven through it. I just wanted to know what happened next. As soon as I completed it, you get those mini-missions, “kill x zombies in an amount of time.” So there’s no story, it’s stripped out of all that and it’s just shoot however many zombies in however much time. And you realise – have I been doing this for the last 10 hours? Because it didn’t feel like it, as I’m bored within about a minute of doing that.

“So there is something, there is an importance. There is a symbiosis where, if you get it right, both story and gameplay can be elevated. But it’s really hard to know when you get it right or not.”

Enslaved is scheduled for release October 8 for Xbox 360 and PS3. You’ll find the full interview with Tameem Antoniades right here.