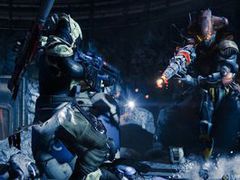 Next Destiny expansion to be revealed next week

The next Destiny expansion – rumoured to be called Rise of Iron – will be revealed next week, judging by a tease from developer Bungie.

The content will be revealed during a special “Reveal Stream” being hosted by Bungie at 6pm BST next Thursday, June 9, during which fans will “learn all about the next threat that you’ll confront as Guardians”.

“This will be your first glimpse at what awaits you later on this year,” said the developer, “followed by a deeper dive with the development team.”

Rise of Iron is rumoured to include a new raid and more content than any of the two previous expansions, House of Wolves and The Dark Below. An alleged poster for the expansion leaked last month.

Activision has previously confirmed that a “large new expansion” is planned for release later this year. Destiny 2, meanwhile, is scheduled to release in 2017.