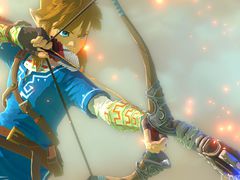 The Legend of Zelda for Wii U – and potentially NX too – will be so different to what we’ve come to expect from a Zelda title that it will be like eating fish and chips when you’re expecting sushi, series producer Eiji Aonuma has said.

Aonuma told Famitsu that although things have been “busy” the game “has really taken shape, and things have gotten easier. That means things are progressing well.”

Aonuma added: “I think the base of our secret sauce has always been Ocarina of Time. But this time, the change in flavour will be like going from Japanese food to Western style food. Perhaps, players will be surprised.”

He concluded; “Please look forward to it, because I think we’ll be able to make ‘something new’ like Ocarina of Time was.”

Latest rumours point to a holiday release for the new Zelda, coming to both Wii U and NX.