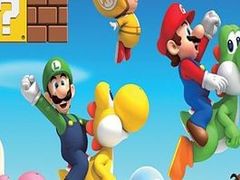 All the headlines for record-breaking game sales have gone to Activision’s Call of Duty: Modern Warfare 2, but Nintendo knew all along its side-scrolling platform sequel, New Super Mario Bros. Wii would be a hit.