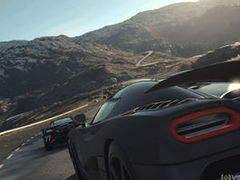 Evolution Studios is preparing a new demo of DriveClub for next month’s Gamescom, design director Paul Rustchynsky has revealed.

The new demo will offer an updated look at the PS4 racer, which is due to go on sale alongside the console later this year.

I took DriveClub for a test drive last month, and though a cut-down version is being released for free to PlayStation Plus users, I’m unconvinced that it’ll do enough to drag players away from the more established racers.

Look out for more from August 21.