Need For Speed: Most Wanted, Mafia 2 and Spec Ops free on PS Plus in August 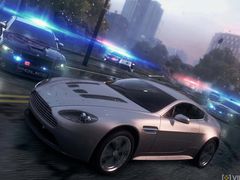 EA’s Need for Speed: Most Wanted headlines the August PlayStation Plus update, but is just one of five new games being offered free of charge to subscribers.

Joining Criterion’s acclaimed street racer on PS3 are Mafia 2 and Spec Ops: The Line, each well worth a free download.

PS Vita gamers can enjoy LEGO Lord of the Rings and When Vikings Attack!. The latter is a Cross-Buy title, but Sony’s update doesn’t make it clear whether Plus members will also get the PS3 version.

All these titles will make their way onto PS Plus on July 31.

Titles departing PS Plus on July 31 include Battlefield 3, Catherine, Malicious, Ninja Gaiden Sigma Plus and Unit 13, so make sure you’ve grabbed what you want before they disappear.

It had been rumoured that DmC: Devil May Cry and Little King’s Story would form part of the August refresh, but these titles haven’t been included. Perhaps they’ll appear in September.