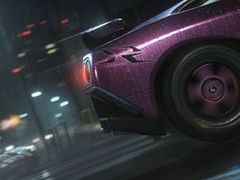 Need for Speed DLC may stretch beyond car packs

While Nilsson refused to be drawn into specific DLC plans, he revealed that the team had “pretty significant plans” to keep fans playing this year’s racer longer than any previous game in the series.

He continued: “Obviously we don’t go into [how we do that] today but we have pretty significant plans of what we think will work and I think the story that you see in this game can effectively help to keep you in there, as well as many other ways that we can refresh and renew content for you throughout.”