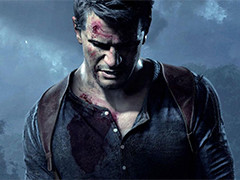 Talking in the latest issue of EDGE, Straley confirmed that the team locked Uncharted 4’s frame rate at 30fps for last month’s demo, but revealed that the game is actually running “above 30” frames per second.

“We’re actually above 30, but we locked it [for the demo], Straley explained. “We’re going to do whatever it takes to make the game we want to make. If it means we could go for 60 but lose something that would really impact the player’s experience, then it’s our choice as developers to say, ‘Well, we’re going to go for the experience over the 60 frames.'”

EDGE states that a debug station visible on the floor revealed that the game was running at 37fps.

All three PS3 Uncharted titles ran at 30fps. However, hopes that the upcoming PS4 release would run at 60fps were raised after community strategist Arne Meyer revealed that Naughty Dog would be targeting 1080p/60fps “with anything we’re doing on this generation”.