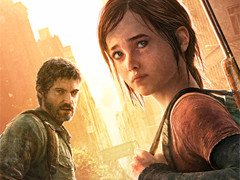 Naughty Dog discusses The Last of Us’ original story, ending and alternate villain

The Last of Us’ original story would have seen a “betrayed” Tess following Joel across the US on a quest for vengeance, creative director Neil Druckmann has revealed while discussing the game’s original story arc with Game Informer.

Druckmann shed new light on his original vision for the survival action game in the latest issue of the mag, discussing Tess’ canned darker storyline and the original “hopeful” ending.

“What’s interesting is that, originally in the story Tess took more of a villain role,” Druckmann said. “Tess was betrayed by Joel and took on a mission to pursue him across the country. That storyline never worked out. The storyline shifted and Tess took on this role where she became more of a believer and she helped motivate Joel.”

The direction for the story was changed after the team failed to buy into the reason behind Joel’s journey.

“We had a tough time understanding why Joel would take this journey – we weren’t buying it,” he continues. “We also had a hard time buying that Tess would go on a vendetta. We could understand her pursuing Joel a little bit, but why would she go for a year around the country? Those things were solved by saying that Tess is going to die when she gets bitten, but her dying wish to Joel is to do this one good thing – help me do this one good thing so my soul can rest because I’ve done all these horrible things.”

Ellie was originally written as a far more innocent character than she ended up being in the final game, too.

“Ellie’s arc originally was that she didn’t kill any non-infected people until the end, when she was going to kill Tess when Tess was torturing Joel,” Druckmann continued. “What we realised is that we had to get Ellie engaged more in the combat because when she was disengaged from the action for that long you didn’t care so much. So that changed pretty early on. We decided it wasn’t going to be about the first time she killed someone, it was more about this coming of age story of the impact that the horrors of violence has on her over the course of the game.

“That culminates with her conflict with David. That happened pretty quickly, just based on some things we realised about the story and how we had to integrate it into the gameplay.”

As for the ending, Naughty Dog had originally planned to see Joel and Ellie travel to San Francisco where they would have lived out the rest of their lives.

“The original ending when we pitched the game was a much more hopeful ending, where Joel and Ellie make it to San Francisco and that is a town run by people who are trying to restore society,” he continues. “Joel has killed all these doctors and lied to Ellie, and Ellie just fully buys into the lie. So, you’re left with the idea that they are going to live the rest of their lives in this town. The camera pulls back and maybe everything is going to be alright for these two. I was working on writing, and it didn’t feel honest anymore. After everything they’ve done and everything they’ve been through, that was letting them off a little too easy – especially for Joel.”

The final ending, however, initially “tested very poorly,” Druckmann says, with focus testers – and some of the team – complaining about it feeling “unclear” and “anticlimactic”.

Remaining open to interpretation was the point, Druckmann argues.

“When we did focus testing, at least initially until some of the hospital stuff started coming together, it tested very poorly. People said it’s unclear, anticlimactic, unsatisfying… A lot of people at the company felt the same way. A few designers didn’t like the ending I had in mind. But then, as time passed and they thought about it, they came around and really appreciated. I think that happened with other people, too.”

It certainly resonated with us: we thought it was one of the generation’s finest endings. But what do you think? Would you have liked to have seen the original storyline?