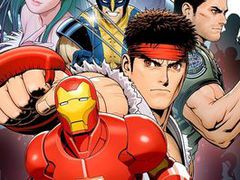 MvC3 on 3DS? It’s not impossible, but requires thought

Hands up if you’re excited about Capcom’s forthcoming 3DS port of Super Street Fighter IV. Now keep your hands up if you’ve ever dreamed about the possibility of Marvel vs. Capcom 3 on Nintendo’s handheld.

It’s an exciting prospect, but one with a number of hurdles says Ryota Niitsuma, the game’s producer and director.

“As a creator, I find Nintendo 3DS a fascinating piece of hardware,” said Niitsuma, in an interview with VideoGamer.com last week. “But I don’t think that directly correlates to the possibility of Marvel vs. Capcom 3 being on 3DS. Namely because, as you say, Marvel vs. Capcom 3 is a faster-paced game. It requires a lot more data, and it requires a lot more processing due to the many effects and up to six characters being on screen at one time.

“I don’t know whether having this in 3D vision is actually comfortable for the player or not.”

But despite these reservations, Niitsuma wouldn’t entirely rule out the possibility of his fighter making the jump to Nintendo’s new handheld.

“There are a few things to think about. It’s obviously not impossible, but it requires a bit of thought.”

Given how brain-meltingly intense the console version can be, Niitsuma may have a point about 3D being a potential pitfall. Some people already find that the 3DS makes them feel a bit funny, so MvC3 might cause their eyes to burst into soggy chunks. All the same, Capcom may well consider its options if the game turns out to be a hit.