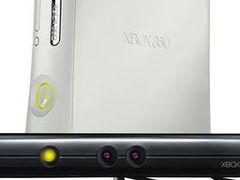 Microsoft’s Natal and Sony’s motion-sensing controller could ‘possibly’ be incorporated into FIFA 11, the series’ line producer has revealed.

At E3 in June both Microsoft and Sony unveiled motion-sensing technologies. Microsoft’s Natal recognises full body motion and voice; while Sony’s as yet unnamed motion-sensing controller makes use of the PlayStation Eye to track a handheld wand.

Last month EA Sports president Peter Moore told Gamasutra that both offerings “are going to impact us very positively. Anything that uses motion and movement – obviously sports is incredibly a part of that. We have seen both Natal and the motion controller from Sony several months ago, so we’re already, in both instances, looking at opportunities to bring our licensed product [and] our fitness product, to these new controller mechanisms. I can’t think about anybody better positioned than us to do that.”

When asked if he or the team had had any thoughts on how Natal or Sony’s wand might be used in FIFA, Rutter replied: “Quite a few. It’s early doors on all that. It’s funny. He (Peter Moore) said that and John Riccitiello said you’d never want Natal to control FIFA (he said: “I really don’t know if you’re going to want to play FIFA with a motion control device. First off, a 75-minute session would be frigging tiring, jumping all over the place. And frankly the traditional controller is pretty fun.”). There are a few things we could do, which we’re thinking about doing at the moment. But it’s not something that’s suddenly going to manifest itself in FIFA 10.”

While motion-sensing won’t form a part of the Xbox 360 and PS3 versions of FIFA 10, Rutter said FIFA 11 might be a safer bet.

“Possibly,” he replied when asked if FIFA 11 might use Natal or the Sony wand. “We’ll have to see.

“I’m a big fan of, and I’ve said it a number of times and I’ll say it again, if it’s not good enough it won’t make it in. Don’t just want to put something in because it’s something we’re asked to do or it’s something people think we should. If it doesn’t add to the overall thing, then it’s pointless. I don’t want it to be just this distraction, to be quite honest.”

He added: “There are a few things we can do, definitely, but we’ve not really started on it yet.”

FIFA 10 is due out on all leading platforms this autumn. For all things FIFA 10, check out our game page.

What do you think? How could FIFA use Natal or Sony’s wand? Let us know in the comments section below.