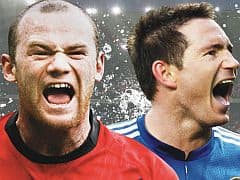 Last year I said FIFA 09 was the best FIFA ever created. Now, 12 months on, that statement is untrue, because FIFA 10 is even better.

For a while now I’ve been wondering how EA Canada would better FIFA 09. The game engine it’s built on, one that’s put PES into the shade since the release of FIFA 07, feels at its peak. Adding hundreds of subtle features is all well and good, and the team has done that this year, but, I’ve been thinking, there’s no one revolutionary gameplay feature left for the team to implement that would result in a significant step up. I knew FIFA 10 would be good. Great, even. But I doubted it would be much more than a roster update with a few new bells and whistles. I was wrong.

The one revolutionary gameplay feature is the very first 360 degree dribbling system ever seen in a football video game. You don’t notice it at first, but once you’ve got a few games under your belt it starts to make its presence felt. It does exactly what it says on the tin: with the left analogue stick you’re able to move your player in 360 degrees. It sounds easy. So easy, in fact, that you might wonder what’s taken EA Canada so long. Whatever the reason, it’s here now, and it’s time to rejoice, because it’s brilliant.

With it you’re able to weave out of situations that would have been impossible in previous versions of the game. Take, for example, sprinting down the wing. Before, the eight-way directional control often forced you, frustratingly, over the line, especially when being challenged by another player. Now you’re able to keep the ball in play with skilled thumb control, directing your player away from the defender so that momentum and speed isn’t lost by the “drag”.

The 360 dribbling is an addition, remember, to an already superb game of virtual football. It’s a combination of factors that go into making the current FIFA feel: realistic passing animations, smooth ball physics, convincing shooting. Even playing a long ball from one full back to the other sparks a satisfaction that almost borders on the weird. Cross field passes are flat and quick. Shooting, if you’re controlling a good player, can often be unnervingly accurate. It feels, at times, as if the left thumb stick is somehow hardwired into your brain. More than any football game I’ve ever played, FIFA 10 is a simulation.

Fans will also notice that jostling for the ball plays a more prominent role this time around. Strong, physical players can easily turf smaller players off the ball. Chelsea powerhouse Didier Drogba, for example, has no problem easing all but the strongest defenders off of the ball when chasing a pass down the line. In defence, Manchester United rock Nemanja Vidić barely breaks a sweat when up against the likes of Robinho and Jermain Defoe.

Some tweaks, however, drew the odd complaint during our many office matches. Tom frequently bemoaned bopping winger Aaron Lennon’s lack of afterburn, especially following a bone-crunching tackle from midfield bruiser Michael Essien. But he makes a good point: speed is not as influential as it once was. And sometimes it feels as if players are eased off the ball too frequently, to the point where frustration can set in.

This, combined with the emphasis on the physical side of play, make it much harder to beat players with skill or to latch on to lofted through balls with speed alone, one of the killer FIFA ploys. Instead, you really do have to manoeuvre your opponent’s players out of position, leaving gaps for runners who, when they’re doing their job properly, will call for a pass by raising their hand – a real world technique that doubles as a visual aid in the game. FIFA 10’s harder, perhaps, than FIFA 09.

While the graphics haven’t been given as much attention as other areas, they’re still superb. The default in-game camera view provides an astonishingly realistic Sky Sports-esque aesthetic. This has as much to do with the many new animations, the little flicks, tricks and knock-ons that naturally occur as you pass the ball around from certain positions and angles, as it does the fidelity of the graphics. Our office matches threw up some slick moves that stuck in the memory – Anelka dragging back the ball and flicking it behind him to pass was one. Liverpool’s Ryan Babel controlling the ball on his chest before flicking it over his own head was another. £80 million winger Cristiano Ronaldo backheeling the ball in mid-air for no other reason than to show off, just as he does in real life, was great. The best though, was Manchester City’s Joleon Lescott scissor-kicking the ball into the back of the net from two inches out – as extravagant as it was pointless.

It’s interesting, however, that up close, during replays and when the teams walk out onto the pitch before games, for example, FIFA 10 looks positively ugly. The player faces in the preview build we have of PES 2010 are much more realistic than those in FIFA 10. Player torsos are, as they were in FIFA 09, disproportionately large, to the point where some players look like ogres. But, conversely, FIFA 10 is the clear winner when it comes to the in-game view, and, really, that’s what matters most.

Off the pitch, EA Canada has implemented a few new features that should go down well with fans. The Manager Mode’s been completely overhauled, and is a more authentic experience as a result, although I’ve never understood the appeal of such modes in FIFA and PES (I’d rather play Football Manager for that). Virtual Pro enables you to create your own player, as before, but this time he can be used across all the modes in the game, and even have your face, if you upload a picture to EA’s website. By playing games, even in exhibitions, you’re able to level up your pro – a long and tortuous process – with the ultimate goal of becoming an international star. Again, playing as one player rather than controlling the whole team has never been my cup of tea – I’ve always found it a somewhat boring affair and the camera doesn’t sit well with my brain. But fans are sure to lap it up.

Also new is set-piece customisation mode. In the new practice arena you’re able to design and record the kind of set pieces commentators always call “straight from the training ground”. Despite the fact it’s a feature most won’t bother with, it’s a cool idea that’s well executed.

FIFA 10 isn’t perfect by any means. Headed shots aren’t quite right. The keepers, while better, still have a tendency to storm out on one on ones, making chipped shots easier than they perhaps should be. The commentary, performed once again by Martin Tyler and Andy Gray, often falls behind play, or seems to bear no relation to what’s actually happening on the pitch. And the look of the crowd… well, the less said about that the better. But these small annoyances are mere blips. FIFA 10, overall, is almost too good to criticise.

Since FIFA 10 arrived into the VideoGamer.com office, it’s been in almost constant use. We all love it. It’s a simulation in the truest sense, and is sure to solidify FIFA’s leading position in the two-horse race with Konami’s PES (well, until PES 2010 comes out, anyway). It’s no revelation – I suspect most PES fans who are going to turn to the dark side already have done – but the 360 degree dribbling in particular proves the ideas are still flowing at EA Canada. It’ll get even harder to improve next year, of course, but for now, what we can say unequivocally is that FIFA 10 is the best FIFA ever created. And, maybe, the best football game ever created.

FIFA 10 is a simulation in the truest sense, and is sure to solidify FIFA's leading position in the two-horse race with PES.
9 360 dribbling More animations Physicality sometimes too pronounced The crowd