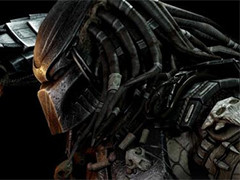 Mortal Kombat X is to receive a new DLC pack in June that introduces Predator as a playable character, VideoGamer.com has learned.

According to our source, the DLC pack will include the sci-fi villain and Colonel Al Dillon, the CIA agent killed in the original movie. Carl Weathers, the actor who played Dillon, has allegedly offered his likeness for use in the game, too.

Warner Bros. has yet to announce DLC plans for Mortal Kombat X. However, in July last year, creative director Ed Boon retweeted an image (pictured above) of Predator superimposed onto the Mortal Kombat X key art, along with the words “Oh snap!!”.

Warner Bros. declined to comment on the rumour when contacted by VideoGamer.com this afternoon.