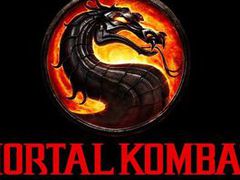 Mortal Kombat to get new film

Remember that unofficial Mortal Kombat movie trailer that turned up last year? It’s now resulted in a film being made for real.

The Mortal Kombat: Rebirth trailer was directed by Kevin Tancharoen, who was previously best known for his 2009 flop remake of Fame.

Rebirth was specifically designed to catch the eye of Warner Bros. The plan clearly worked as the studio commissioned him to make the Mortal Kombat: Legacy web series, which debuted online in April this year – just as the new game arrived.

Now the LA Times reports that New Line Studios, who produced the ’90s Mortal Kombat films, will be making a new movie with Tancharoen at the helm.

“The new game and the online shorts prompted us to consider a reboot of a brand we hadn’t been actively thinking about,” said New Line president Toby Emmerich.

The script will be handled by Tancharoen’s partner, Oren Aziel.

One potential snag for the new film is the ongoing legal toss-up between Warners and Lawrence Kasanoff, who served as producer on the first two films. Warners has already won one lawsuit pertaining to royalties, but there’s another one that still has yet to be resolved.

I owned a taped-from-TV copy of the original Mortal Kombat movie, but due to it being recorded in France it was both black-and-white and subtitled. I doubt that this new film will be half as classy.

Return to one-on-one action after the 3D adventure Shaolin Monks.

Return to one-on-one action after the 3D adventure Shaolin Monks.