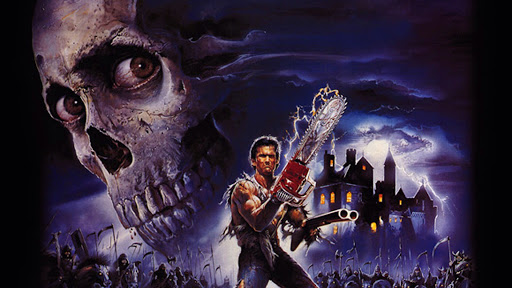 Ash from Evil Dead may be arriving in Mortal Kombat 11 in the future, owing to an accidental leak from the Spawn announcement (via PlayStation LifeStyle).

WB Games sent out a newsletter stating that Spawn—who has a cape and chains and guns—is now available for purchase in Mortal Kombat 11. The end of the email rattles off all of the registered trademarks of characters in the game, blah blah blah, boring boring boring…

Well, the rumour that the iconic character from the ‘80s would be coming to Mortal Kombat 11 has been thrown about for a while. When the game launched, there was a reference to an Ashley Joanna “Ash” Williams in the code, among other characters who have since been confirmed. However, actor Bruce Campbell well and truly debunked reports last year.

Mortal Kombat 11 is out now for PC, PlayStation 4, Xbox One, and Nintendo Switch.