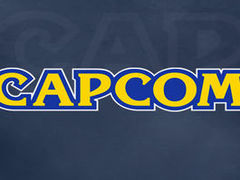 “More than half” of Capcom’s European arm “faces redundancy” as part of a major restructure at the firm, according to a new report.

MCV reports that Capcom Europe “is undergoing a major restructure following a difficult year”, and that it “understands more than half of the European arm faces redundancy, with a number of jobs set to merge”.

In a statement provided to the magazine, a Capcom spokesperson confirmed that the European arm is “currently evaluating its structure” following an earlier reorganisation in the US.

“Following a restructure at its US operation, Capcom’s European organisation is currently evaluating its structure to ensure it is in the best position to take advantage of the changing market conditions the industry is facing,” said the representative.

Capcom is thought to have been hard hit after multiple high-profile titles failed to reach sales targets.

Both DmC: Devil May Cry and Resident Evil 6 are believed to have undersold, with its latest AAA release Lost Planet 3 failing to break into the UK Top 25 on launch week.