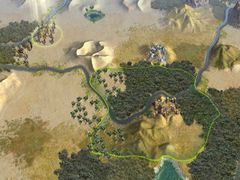 As part of a behind-closed-doors presentation at GDC 2012, 2K and Firaxis have unveiled more details about the upcoming Civilization V: Gods & Kings expansion scheduled to be released this Spring.

The new details in full: