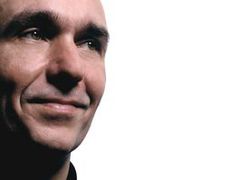 Molyneux: Next gen console reveals ‘not nearly as exciting’ as 360/PS3

The launch of next-gen consoles is “not nearly as exciting” as “when the Xbox 360 burst onto the scene” seven years ago, ex-Microsoft Game Studios creative director Peter Molyneux has claimed.

Speaking to the BBC about today’s Xbox 720 announcement, Molyneux suggested that Microsoft’s greatest hurdles were fresh competition from Apple and Google, the current mobile gaming trend and the platform holder’s desire to “make it a box for everyone”.

“2013 is proving to be the year of the console hardware refresh,” Molyneux told the BBC. “Although it’s exciting, it’s not nearly as exciting as when the Xbox 360 exploded onto the gaming scene just over seven years ago.

“Back then, the 360 represented a huge leap forward in gaming, with a tangible increase in performance and fantastic multiplayer support. Gamers and game-makers were justifiably super-excited.

“Now it is that time again, but the world has changed.”

The constantly-evolving tablet, mobile PC and smartphone market makes it difficult for Microsoft to “justify its new console,” Molyneux suggests, who hopes that the next Xbox will just be a “great gaming machine”.

“Rightfully, Microsoft can claim it won the last console generation. However, it has always targeted the living room as the big prize.

“That’s why it packed the 360 with an array of ‘living room’ features to try to persuade us that the machine could be a mix of set-top box, internet music streamer and Facebook browser.

“When I used to work at Microsoft the key phrase that I used to hear bandied around was the next Xbox should be ‘input one’ on people’s living room screen.

“Nowadays I’m an independent designer and I just want the next Xbox to be a great gaming machine.

“It should have great connectivity, so I can play spectacular games with my friends and be sold at a reasonable price, perhaps around $300 (£200).

“That should be Microsoft’s goal rather than persisting in trying to make it a box for everyone.”

Microsoft will reveal its next Xbox at 6pm BST this evening.