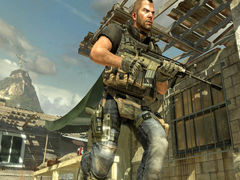 ELSPA reports that Call of Duty: Modern Warfare 2 has continued to set new records within the entertainment industry.

The game’s record-breaking first day sales of 1.23 million have been built upon to bring its week one tally to a staggering 1.78 million units, grossing £67.4 million. This makes Modern Warfare 2 the highest grossing video game launch ever.

“These figures tell a clear story. The video games industry is now an established part of the mainstream entertainment mix,” said Michael Rawlinson, director general, ELSPA. “Whilst the launch of Modern Warfare 2 has indeed been extraordinary, it is indicative of the growing popularity of video games. One in three people in the UK now play video games regularly.”