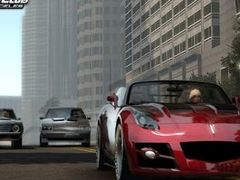 Rockstar Games has announced the release of the South Central Vehicle Pack #1 for its open-city racer Midnight Club: Los Angeles.

The vehicle pack is priced 240 MS Points on Xbox 360 and $2.99 on PSN. Included are three high performance vehicles in which players can cruise around the streets of LA: The luxurious 2008 Audi S, the 2008 Mercedes-Benz CL 65 AMG and the 2009 Mitsubishi Eclipse GT.

In order to access the new vehicles players will also need to download the free South Central Map Expansion.