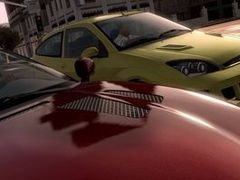 Rockstar Games has today announced it has changed the release date for Midnight Club: Los Angeles, with the game now scheduled to hit stores on PS3 and Xbox 360 on October 7 in North America and October 10 across Europe. The game had been set for a September release.

Midnight Club: LA is promising to enable gamers to race across LA at break neck speeds with no tracks, no load times and the freedom to play however you choose.

Arriving simultaneously with the home console games will be Midnight Club: LA Remix for PSP. The game is said to take full advantage of the handheld to deliver an unrivalled sense of speed and style.