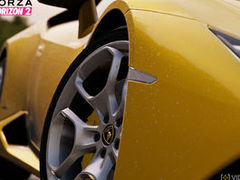 Microsoft has announced plans to host a “special” Forza Motorsport event at E3.

The event is set to take place at LA’s Petersen Automotive Museum during the afternoon of Monday, June 13, just hours after its E3 press conference earlier that morning. Fans attending Microsoft’s E3 FanFest are all invited, with the event expected to celebrate the announcement of the next Forza title.

Microsoft announced back in March that it would be revealing “the next Forza game” at this year’s E3, and confirmed the Lamborghini Centenario as the game’s cover car.

It could, however, have plans to announce a new game in the Forza Horizon series. Forza Horizon 1 & 2 were both developed by UK studio Playground Games, with the latest game having released in October 2014. Playground has yet to announce what it’s currently working on.