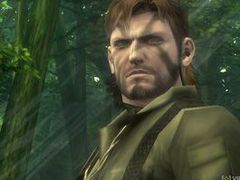 Konami has also confirmed that the reworked PS2 title will make use of the Nintendo 3DS Circle Pad Pro accessory – released February 27 alongside Resident Evil: Revelations.

Another exclusive to MGS Snake Eater 3D is a camouflage photography system, enabling players to take a picture of real-life items and create a camo suit based on the snapped shot.