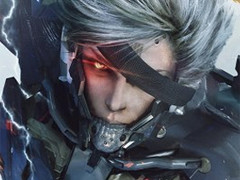 Metal Gear Rising: Revengeance will launch on PC on January 9, 2014, Konami has announced, almost 12 months after the game first released on Xbox 360 and PlayStation 3.

The PC version will only be available via digital distribution and will include three pieces of bonus content previously released for the console versions, including the VR Missions, Bladewolf and Jetstream DLC.

In addition, the PC release will let users replay all the cutscenes and codec conversations from the main menu and replay boss battles.

The game will cost £19.99 with a 33 per cent discount offered to customers who pre-order the game from Steam during the first day of the Steam Holiday Sale, which is expected to go live tonight.