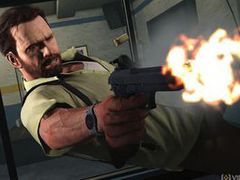 Take Two’s chairman and chief executive officer Strauss Zelnick added that he was “disappointed” by the games’ sales, “but encouraged by our upcoming release schedule”.

“Although our first quarter results were below expectations due to lower-than-anticipated sales of Spec Ops: The Line and Max Payne 3, the outlook for our slate of upcoming releases is stronger than ever,” he continued.

“Early consumer enthusiasm suggests robust demand for our extraordinary lineup of upcoming releases, particularly Borderlands 2, NBA 2K13 and BioShock Infinite. We continue to expect fiscal 2013 to be one of the best years in Take-Two’s history.”

Combined sales of Max Payne 3 and Spec Ops: The Line were said to be lower than Duke Nukem Forever and L.A. Noire, which shipped in the same quarter last year.

Max Payne 3 fended off Diablo III to debut at No. 1 in the UK All Formats Chart on its release week, but struggled to reach targets in the months that followed.

Take-Two says it has “sold-in” over 3 million units of Max Payne 3 to date.

Spec Ops, meanwhile, debuted at No.3. Official sales figures for the game have yet to be released by publisher 2K Games.