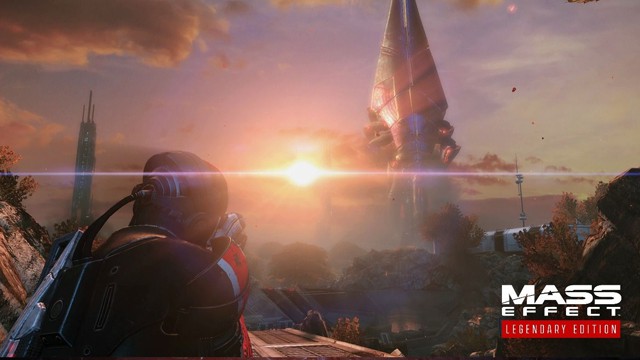 Mass Effect Legendary Edition—given a release date yesterday—will include all three games in the trilogy and almost all the DLC. We say almost because it transpires that one piece of DLC has not made the cut for a very specific reason.

In an interview with Game Informer, game director Mac Walters revealed that the first game's Pinnacle Station DLC will not be included in the package, specifically as the source code was lost. "I wish we could do it. Honestly, just because this is meant to be everything that the team ever created, brought together again – all the single-player content," he said. "And so, leaving it all on the cutting-room floor, it was heartbreaking." Alas, remaking the content from scratch also seems off the table, with Walters adding "It would basically take us another full six months just to do this with most of the team we've got."

The Pinnacle Station DLC—which was originally created by Demiurge Studios rather than Bioware—sees Shepard and their crew head to a top secret space station and take on a number of combat challenges of increasing difficulty to earn rewards that can be taken into the rest of the game. The good news is, it's not a narratively vital piece of DLC and is more akin to the multiplayer in later games, which also won't be a part of the new Legendary Edition.

You'll still be able to get your hands on the rest of the DLC along with the trilogy all given a lovely new modern coat of paint when Mass Effect Legendary Edition launches on Xbox Series X|S, Xbox One, PlayStation 5, PlayStation 4 and PC on May 14, 2021.

And in case you'd like a lovely portion of wholesome with your news, here's FemShep voice actress Jennifer Hale's wonderful reaction to yesterday's trailer: