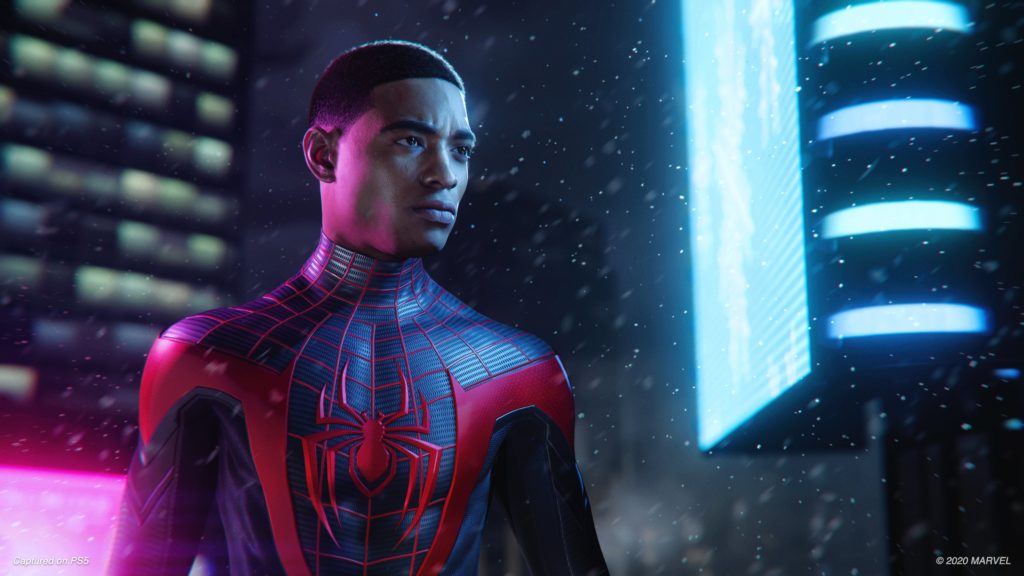 Insomniac Games has published some more details about Marvel’s Spider-Man: Miles Morales, including its scope, setting, and upgrades for the PlayStation 5.

The game was revealed in The Future of Gaming presentation from Sony, though it wasn’t immediately clear what the game really was. It’s now been settled, and it’s a standalone title which is similar in scope to Uncharted: The Lost Legacy. “We knew that Miles’s origin story as a Spider-Man was something that needed its own game. Miles’s multicultural background reflects a more modern, diverse world and we wanted to give players a new story, with new set-pieces, fresh villains, and unique quests across Marvel’s New York City,” said creative director Brian Horton in a post to the PlayStation Blog.

“Marvel’s Spider-Man: Miles Morales is an important, heartfelt, emotional and essential experience to expanding the Marvel’s Spider-Man universe,” he continued. The game is set approximately one year after the denouement of Marvel’s Spider-Man, where “a war between an energy corporation and a high-tech criminal army has broken out” in the middle of Harlem. Miles must defend his home and discover the rotten roots of the conflict, all the while coming to terms with the power and responsibility of becoming a hero.

Moreover, the technical capabilities of the PlayStation 5 will create an unforgettable experience traversing the city as Miles Morales. “Marvel’s Spider-Man: Miles Morales will show off near-instant loading, ray-tracing, 3D audio and the DualSense controller,” said Horton. “We’ve upgraded our characters with 4D scans and improved skin shading for more realistic looking characters and spline-based hair that moves far more naturally. Many of the city’s assets have also been updated to take advantage of the new console. As you experience Miles’s story, you’ll see, hear, and feel things in a whole new way, all thanks to PS5.”

In addition, the director of the first game, Brian Intihar, has returned for Marvel’s Spider-Man: Miles Morales, and the developer will be revealing more and more about the game as it approaches its release date. “Oh and one last thing: Many of you fans have wondered if Peter Parker is OK,” said the creative director. “Don’t worry, we still have much of Peter’s story left to tell. But this game is all about Miles, a critical part of our Spider-Man universe, and you won’t want to miss what happens.”