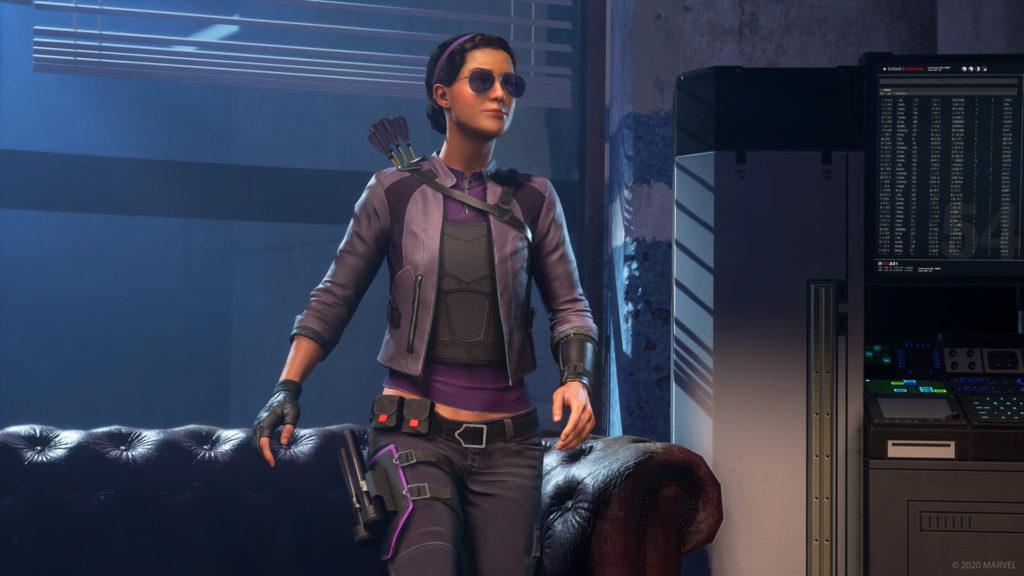 Updated on September 2, 2020 by Ben Borthwick

Square Enix has held one more War Table announcement stream for superhero adventure Marvel's Avengers ahead of its launch on Friday, confirming that Kate Bishop will be the first new hero added as free DLC to the game post-launch.

If you're not so hot on Marvel lore, Kate Bishop is original Hawkeye Clint Barton's protege he trained up from a young age with her own set of Heroic Skills and takedowns based around her archery skills and Olympic-level gymnastic abilities. She'll come along with her own Operation in late October known as 'Taking AIM' which takes place some time after the main game's 'Reassembled' storyline – which will also feature a new villain and storyline as well as Clint Barton himself who will subsequently become available in November as a further free DLC character in the promised Hawkeyes story arc.

The War Table also took time to detail the game's daily and weekly missions as well as the high-level mission types available in the game including Villain Sectors which feature powerful bosses intended for players near the game's level cap of 150, SHIELD Vaults which contain tons of superhero loot, AIM’s Secret Lab which is a high level challenge mission available weekly, and Mega Hives that promise a tough gauntlet of foes that gets tougher every floor they complete and defeat means starting again from the top.

You can check out both the Kate Bishop reveal video and the War Table broadcast below. Marvel's Avengers is available on Friday September 4 on Xbox One, PlayStation 4, Stadia and PC – though pre-orders can play right now. It'll also be coming to Xbox Series X and PlayStation 5 this Holiday 2020.