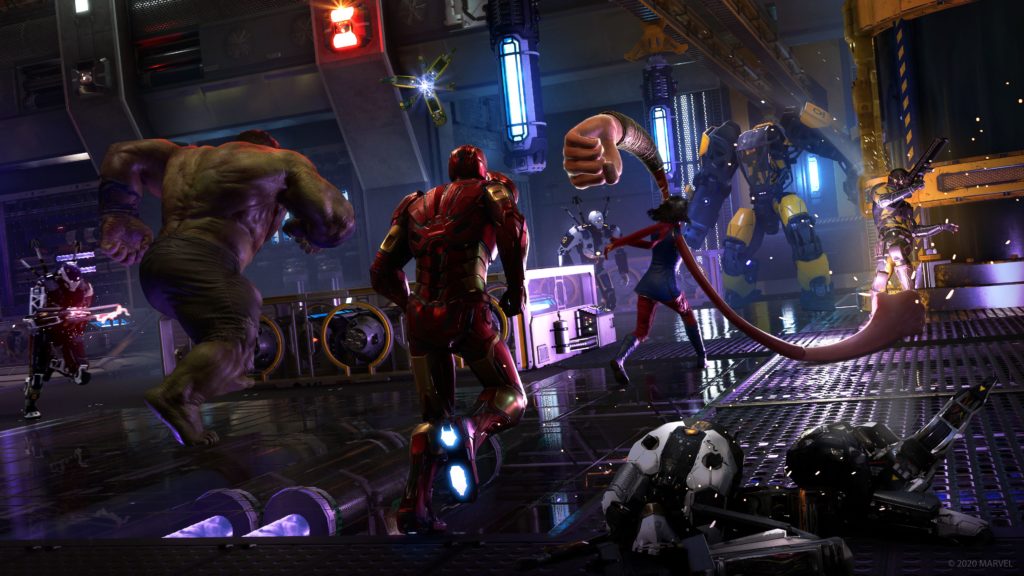 Crystal Dynamics has moved to reassure fans that more content is coming for Marvel's Avengers after reports that player numbers have been dwindling as of late in part due to a lack of communication from the developers.

In a statement sent to Kotaku, studio head Scott Amos said the team was listening, and that they were "making fixes, improvements, and additions as fast as we safely can to make Marvel’s Avengers the game we all aspire it to be."

"As such," he continued, "we have a number of new content pieces coming in the weeks ahead including: a totally new War Zone mission type called Tachyon Rifts, a new Outpost that’s a jumping off point for new story missions in the future, and AIM’s Cloning Lab, which requires a coordinated high-level group of four players to beat with new top-end loot rewards for finishing it. And in each of these updates we do tuning and bug fixing to enhance the overall experience."

Amos also pointed towards the upcoming Hawkeye focused content, which will see not one but two iterations of the character come to the game with both Kate Bishop and Clint Barton coming to the game as additional heroes in the near future, alongside more additional content and game balance changes including "loot distribution and quality of life features" ranging from "accessibility to co-op communication tools to balancing the economy".

While Amos didn't give any specific dates for the additional content, he did mention that a blog post is expected next week from the team, with further " new community communication initiatives" coming soon to give players more information on what they can expect in the future.

Marvel's Avengers is out now for Xbox One, PlayStation 4 and PC and is expected to be heading to Xbox Series S/X and PlayStation 5 at those consoles' launches on November 10 and November 12/19. You can check out what we made of the game in our review over here.