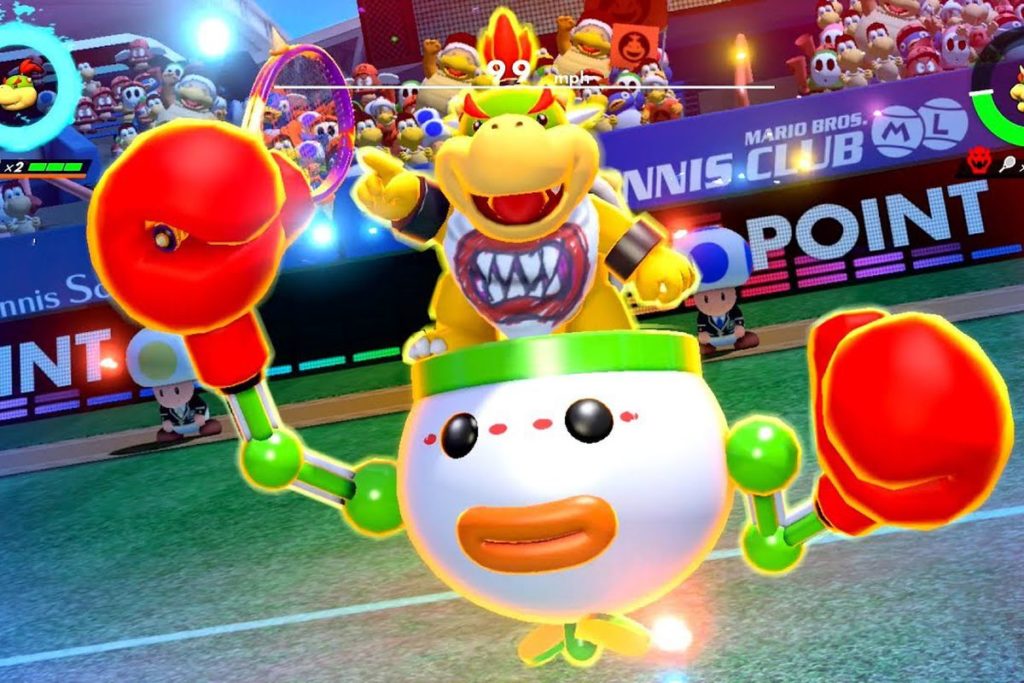 There's always one character in the Mario Tennis games that's a right pain in the arse to fight. With Mario Power Tennis on the GameCube, it was Peach; my mate played as her all the time, and I swear she had go-go-gadget extend-o arms, as she never missed a shot. Totally unfair.

With Mario Tennis Aces, it's Bowser Jr., who has been causing players a lot of headaches since the game's launch on Nintendo Switch last month. He's not only too fast, but also packs a mean return shot, and is generally considered overpowered.

That's all set to change with the next Mario Tennis Aces update, Ninty has confirmed. It's not just Bowser's pint-sized offspring who is getting some attention either; update 1.12 will address the whole roster, and plans to 'adjust the balance of this character further' by the time August's online tournament arrives.

Elsewhere, Trick Shots will be tweaked so that they are harder to spam, and you'll have less space to successfully land one. In addition, the Big N said it'll be tougher to serve a body shot, which is another welcome change.

Mario Tennis Aces served up a no.1 hit in the UK when it launched on June 22, although reception to the game has been a bit mixed.