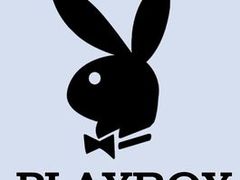 2K Games has announced it has signed a license agreement with Playboy magazine for a unique in-game integration to use more than 50 the publication’s vintage covers and Centrefolds in Mafia II,

Mafia II will enable players to collect virtual copies of the iconic magazine, which has served as the definitive guide to lifestyle and culture for men since December 1953.

“While most mob-inspired games’ emphasis is solely on action, Mafia II features a deep and compelling narrative that is embellished with a sophisticated, era-evoking atmosphere,” said Christoph Hartmann, president of 2K. “In partnering with Playboy, we are able to add a unique element of authenticity to the game by using vintage images from the magazine that illustrate the power of Playboy’s influence on the attitudes and culture of that generation.”

Playboy magazine’s Editorial Director Jimmy Jellinek commented: “Mafia II is set when Playboy first came into vogue and features characters whose style and attitudes mirror content from our early issues. We’re excited to bring an element of authenticity to the game that is unmatched in the men’s publishing category.”

Mafia II is currently in development at 2K Czech for Xbox 360, PS3 and PC. A release date has been pencilled in at some point between August and October 2010.